Most individuals in the non-destructive testing industry, including some experienced technicians, often make the mistake of misrepresenting either of the two quality assessment methods as the other. The confusion often stems from the common theme of using ultrasounds in the test. However, regardless of this similarity, the difference in the exact processes involved in both testing methods makes each method unique and very different from the other.

This guide explains all you need to know about the individual uniqueness of the testing methods and clears all your doubts right from the get-go.

So, if you are ready to know more, let’s dive into it. 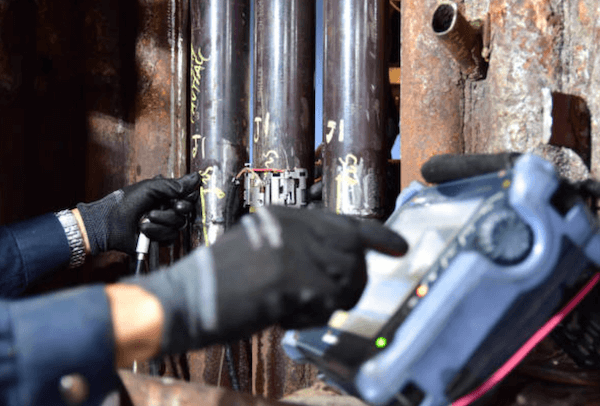 What is Ultrasonic Testing?

To begin with, ultrasonic testing is a non-destructive testing method that involves the projection of high-frequency sound waves onto an object to detect defects and other anomalies in the object. Additionally, these high-frequency sound waves are reflected on touching the object’s surface. This leaves the ultrasonic device to pick up the signal and convert them into electrical forms that are easy to analyze.

Ultimately, the flaw detection ability of an ultrasonic testing device relies on the quality of sound waves acquired and the conversion strength of the device for a proper analysis of the signal.

To state the fact, all the features of ultrasonic testing primarily revolve around the transducer as it performs a significant part of the testing. The main objective of the ultrasonic test is to pick up sound signals and be able to convert them into electrical signals that are analyzable for accurate detection of flaws. By and large, the transducer carries out this objective by sending out high-frequency signals, picking them up when the object reflects it, and afterward converting them back into electric signals.

Lastly, ultrasonic testing features a monolithic construction, which means all the signal-generating and receiving elements are housed in the same container.

For ultrasonic velocity as a time-based calibration method, a constant value is set relative to the sample material, and the operator sets this value. However, this value varies with temperature change and, as such, needs to meet certain conditions to be an effective calibration method. These conditions include an assumption that it’s an elastic and nondispersive material and the temperature and pressure of the atmosphere are constant. Also, it is assumed that a high enough frequency exists with as much lesser wavelength than the material.

The zero offset calibration method, on the other hand, considers the travel time of the wave from production to contact with the material layer.

What is Phased Array Ultrasonic Testing? 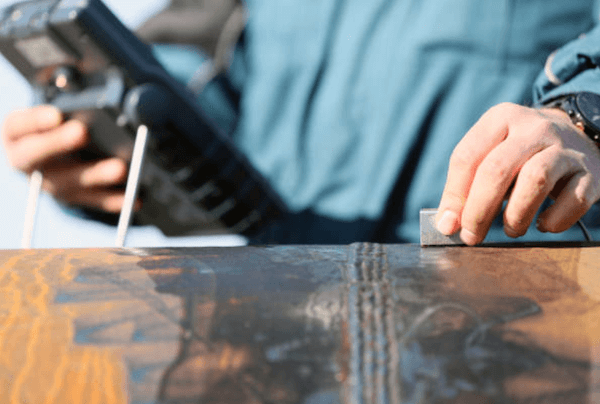 The features of a phased array ultrasonic testing often include a multi-element transducer. In general, the number of these elements varies depending on certain factors. These factors include the beam angle required, beam spot size, and focal distance. Usually, the number of elements ranges from between 16 to 128. Nonetheless, a phased array transducer with 256 elements is also possible.

Another feature is the ability to steer and shape the beam, which allows for a lot of flexibility and accuracy that are not possible with single-element transducers. Also, phased array ultrasonic testing often features angle beams. These angle beams can come with either a straight plastic shoe, plastic wedge, or a delay line.

Similarly, ultrasonic testing features also include beam steering, which often increases as the elements’ width reduces and vice versa. Furthermore, the cost increases as the number of elements increases, especially when the coverage area is large.

UT vs. PAUT: the Showdown

A few of these similarities include:

However, there are still differences between these two test methods, including 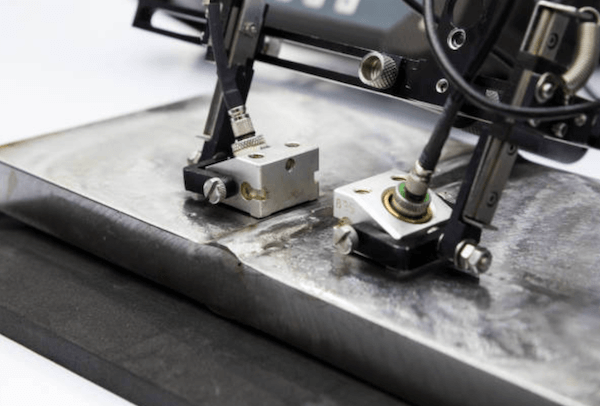 In any case, the phased array ultrasonic testing method has become the preferred testing procedure for many professionals as it offers many advantages over UT. Still, an understanding of the working principles, their features, and calibration methods for both testing methods can help you identify the suitable testing method for your peculiar quality assessment situation.