Electrical conductivity meter is a kind of instrument that can directly measure the conductivity of non-ferromagnetic materials by eddy current testing. It collects testing data about 1,000 times per minute by the means of digital signal acquisition and converts the conductivity value to 20 °C according to the method of temperature compensation to ensure measurement accuracy. – Aluminum, copper, as well as other non-ferrous metal processing industry to test the conductivity of workpieces
– Conductivity test before anodizing aluminum
– Test resistivity of materials
– Inspect the grade of material purity followed by sorting the waste
– Monitoring the heat treatment processes, hardness, as well as strength of forged aluminum alloys in the automotive and aerospace industries.

Why Global Clients Choose Us?

As of September 2021, we have a total of 125 employees, including nearly 45 professional and technical workers who are masters or doctorate degree holders.

This instrument is the most precise conductivity meter I've ever used. From the panel layout to the menu operations and probe quality, this NDT-KITS electrical conductivity meter compares to higher grade equipment at a 1/2 of the price. I have no hesitation in recommending this high-quality equipment.
Simon HarvardThe University of Texas at Austin 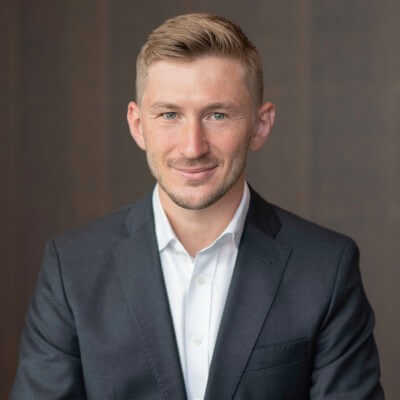 From a performance standpoint, this electrical conductivity instrument is fantastic. Very simple to use. The LCD is easy to see, the calibration method is simple, and is still quite useful. Overall, I'm happy with the value for money and would suggest it to anybody.
Rafael PalmerThales Areaspece 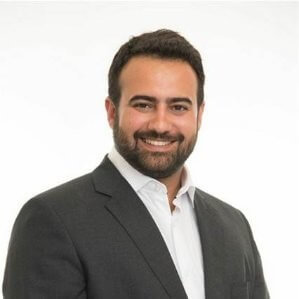 It is quite inexpensive and performs almost as well as a typical conductivity meter used for regular test studies. Because there is minimal change in the measured value, and there is nearly no drift once calibrated, it may be measured without mistakes.
Thomas Rylee Diehl Aerosystems

Ever wondered what an electrical conductivity meter is and what it does?

This guide gives you all the information you need to know about an electrical conductivity meter and its benefits.

So, if you’re ready, let’s dive in together.

I. What is Metal Conductivity Meter？

Perhaps the most common application of this device is in assessing the strength of tempered or heat-treated materials and the strength of hardened materials. Likewise, it is also very suitable for confirming the consistency of alloys, ascertaining the authenticity of coin alloys, and sorting materials.

But clearly, the challenge is often in evaluating the electrical conductivity of these metals and alloys.

Related Article: 9 Reasons Why You Need a Metal Conductivity Meter

II. How to Evaluate the Electrical Conductivity of Metals?

To put things in perspective, the electrical conductivity of metals relies on the arrangement of ions within a symmetrically-distributed crystal grid structure, making it possible for charges to move around. However, metal will only conduct electricity if free-charged ions are within this grid structure. Nevertheless, you can evaluate the electrical conductivity of metals using one of two methods: the traditional electric bridge method and the eddy current method.

For this method, you will need to pull the metal into a wire, intercept a section of the arrangement, and finally bridge the connection to ascertain the electrical conductivity of the object. But sadly, the many disadvantages associated with this method of assessing metal conductivity often make it unpopular and sometimes impractical. For instance, the many cumbersome operating processes involved with this method. Also, it is a time-consuming method and involves intense labor. But that’s not all. The accuracy of the result of the traditional electric bridge method is not always guaranteed and, as such, not the best method.

On the other hand, this method uses an eddy current often described as a localized circular electric current generated in a conductor, usually by adjusting its magnetic field. In any case, an eddy current method uses an electrical industry’s conductivity requirement to measure the conductivity of non-ferrous metals. Fortunately, this method has numerous advantages over other techniques, including easy implementation, accurate results, wide application, including quality control checks for production line’s enterprise and research institutions.

III. What are the Advantages of an Electrical Conductivity Tester for Metals?

As a non-destructive testing device, an electrical conductivity meter for aluminum is packed with many benefits, one of which is its numerous applications across various industries. Additionally, other advantages include:

IV. What are Some Important Considerations in Eddy Current Conductivity Meter Testing?

If you must get an accurate result while performing conductivity meter testing with eddy currents, then some necessary considerations and requirements need to be in place. You will need to pay critical attention to these requirements to avoid irregularities in your results.

So, here’s what all these mean. One very accurate NDT method of ascertaining and identifying the presence of flaws, especially for non-ferrous metal, is using its electrical conductivity properties. However, you’ll need to use an effective tool like an electrical conductivity meter which relies on the eddy current evaluation method. But what’s more important is to pay critical attention to important factors like positioning, temperature change, material thickness, and operating technique.

So, there you have it. But now that you know all this information, what is your next move?

Ask our Experts for Solution!

If you are unable to find answers to any specific question, just click on the “Send Email” button. We will surely contact you within 12 hours.

Get a Quick Quote

Send us an inquiry, we will feedback to you ASAP!

Send us a Email, we will feedback to you ASAP!