What is Phased Array Ultrasonic Testing?

How well do you know the working principles of phased array ultrasonic testing?

The answer to this question is well applicable to both newbies and veterans in the non-destructive testing industry.

Phased array ultrasonic testing is a testing technique that utilizes distinctive multi-element array transducers, which uses these elements severally in a modeled progression referred to as phasing. This phasing progression permits wave focusing, steering, and scanning, and it is usually executed automatically.

To further expound on this phenomenon, join us on this fascinating journey into the world of non-destructive testing techniques. We are set if you are. 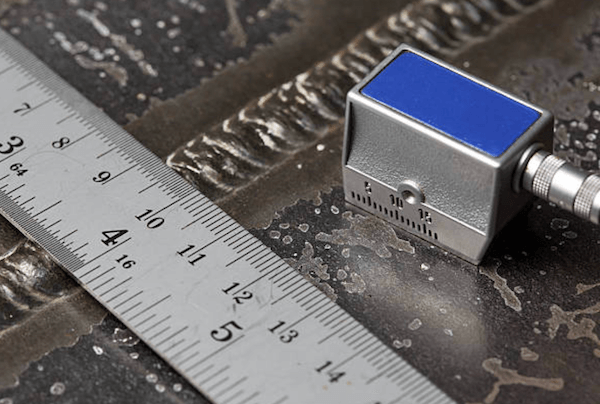 I. What is Phased Array Ultrasonic Testing?

As briefly explained above, Phased Array Ultrasonic Testing (PAUT) is a modern non-destructive inspection technique that uses a set of ultrasonic testing (UT) probes made of various tiny elements, with each component pulsed independently with automated programming referred to as phasing.

When different downtimes stir these elements, the beams can be maneuvered at different points, focused at a different distance inward, or bi-directional above the length of a long array, which creates the electronic movement of the beam.

Also, Phased array probes can be manually deployed in an independent working mode scrubbing the exterior of a component, tethered to an encoder to document position, or placed on a semi-automated or computerized scanner for excellent productivity.

Now that we have a better understanding of the phased array ultrasonic testing, let’s consider some of the features of the non-destructive testing method.

III. What is Phased Array Ultrasonic Testing Used for?

Phased array ultrasonic testing is an essential tool used in various inspection cases. However, the most popular uses of this testing method are highlighted below. 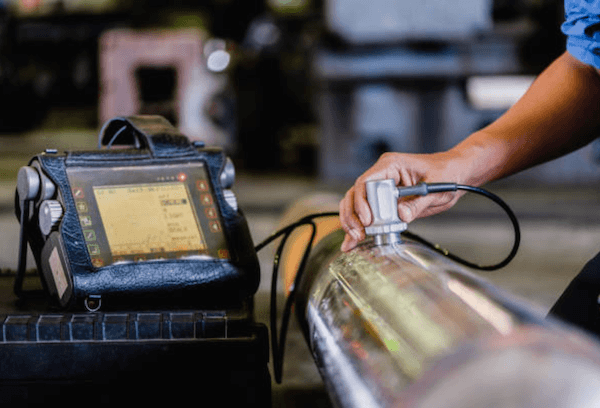 This technique is widely deployed to detect discontinuities such as cracks and defects that ascertain component quality. And because of the ability to determine the specifications such as beam angle and focal distance. This method is highly productive regarding detecting defects and speed of testing. 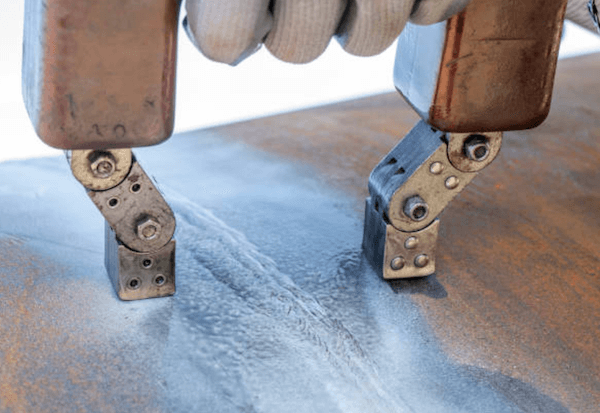 V. What is the Working Principle of Phased Array Ultrasonic Testing?

As mentioned above, phased array ultrasonic testing probes consist of several piezoelectric crystals that transmit/receive independently at different intervals. An ultrasonic beam is centered using time delays, which are employed to the elements to enkindle a constructive interference in the wavefronts. This interference permits the energy to remain focused at any depth and point in the test samples.

Each element emits a circular-shaped wave at a stipulated time, emitting waves that merge and split to generate an almost direct wavefront at the designated location. Alternating the progressive downtime allows the beam to be maneuvered electronically and permeates the test material like a beacon. A visual image is generated when numerous combined beams display a section through the test object.

Phased array ultrasonic testing is packed with many advantages over other forms of quality assessment tests. On the other hand, it has also been found to have some shortfalls, enumerated below.

As advantageous as it is, it has a few drawbacks, and some of its drawbacks are highlighted below.

Furthermore, phased array ultrasonic testing is deployed as a measure of quality assessment and control, and the size of its focal spot is determinant on the wavelength, focal length, and aperture.

Consequently, its efficacy is evident in its capacity for corrosion inspection, thickness measurement, an inspection of welds such as porosity and slag inclusions, etc.

Finally, phased array ultrasonic inspection is very advantageous compared to the other conventional testing techniques, and they include flexibility, safety, speed, accuracy, coverage, and repeatability. Although it also has a few disadvantages, these disadvantages could be made up for in the long run.