In this blog post, you’ll read:Ever wondered what a phased array probe can do and where it is applicable? This is the basic post for you to learn about the pa probe.

Ever wondered what a phased array probe can do and where it is applicable?

Many suppliers of this tool have varying specifications for the phased array probe type, and they supply based on customers’ requirements.

So, if you want to find out more, make sure you read to the end.

I. What is Phased Array Probe?

To begin with, a phased array probe is a piece of non-destructive ultrasonic testing equipment composed of numerous piezoelectric crystals capable of transmitting and receiving ultrasound signals individually and analyzed as a group.

Application of time delays is an essential factor for beam focusing on generating a constructive interference of ultrasonic waves. This interference enables the energy generated to be focused on the test objects’ required depths.

Consequently, they are typically connected to specially adapted drive units which enable the probes to concurrently emit and receive via each different channel. One good thing about phased array probes is that they can be programmed to act in specific ways and patterns that help accurately identify and analyze flaws.

II. What are the Features of Phased Array Probes?

Therefore, due to the small-faced features of phased array probes that enable imaging of small areas and switching the focus of beam wavelength, their length is typically two to three centimeters long. Their frequency is usually within the 2 -10 MHz range, and this is the frequency range most phased array probes require to perform their flaw detection roles.

Many phased array probes are angle beam types fabricated for deployment with either a plastic wedge or a straight plastic shoe. Furthermore, as the element width gets smaller, it enables increased beam steering capability. However, expanded area coverage requires more elements, which comes at an increased cost.

Here are the various types of phased array probes that are available in the industry today. 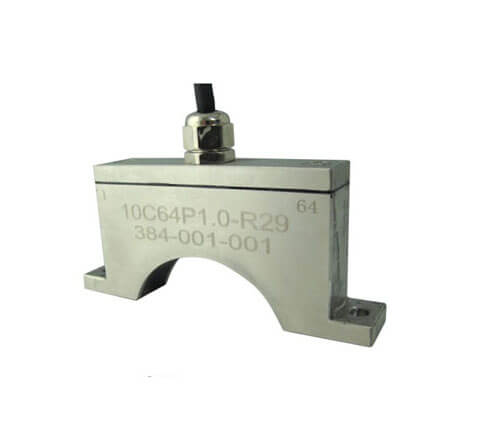 IV. What are the Applications of Phased Array Probes?

The phased array probe has three different application concepts that interrelate with the various techniques of applying the probes in ultrasonic testing.

This is a theory whereby not all the probe components are deployed simultaneously as the drive element employs dynamic complexes to dispense active units within the elements of the probe. It allows for beam movement in space via the activation of different active gaps, with each made up of various units of a phased array probe.

In essence, this theory is employed in the in-line examination of bars, plates, or welds and can be used for testing tubes.

Strictly speaking, this concept derives from the use of electronic delays adapted during emitting and receiving elements along every channel of the probe. These delays compare to that of a focusing lens, which ensures focusing to numerous various depths.

Electronic focusing permits just one phased array probe to be employed in a situation where many single-element probes with varying focal distances should have been employed. It is very much applicable in heavy plate testing.

This notion also utilizes the delay laws of electronic focusing. The modified delay law, i.e., the delays adapted to all the channels, is calculated to accord the emitted beam an angle of incidence.

Here’s the guide on top phased array manufacturers, continue to read if you are interested in.

Its features consist of elements ranging from ten to its highest form of two hundred and fifty-six elements, dependent on the type of phased array probe, with a frequency of about two to ten megahertz.

Finally, a significant advantage is that conventional mechanical scanning has been replaced with faster electronic scanning. Electronic focusing permits the usage of one probe to inspect at different depths. Lastly, electronic deflection enables the angles of incidence to be varied by a single probe. Thereby reducing costs as it saves adjustment and inspections time.