Why we Need Couplant in Ultrasonic Testing?

In this blog post, you’ll read:Ultrasonic couplant gel serves as a medium for the transmission of sound waves. We need ut couplant to help improve the quality and accuracy of our results when we make measurements.

Couplant in ultrasonic testing is a highly specialized area of the industry that creates a lot of confusion for even experienced professionals. This article will attempt to clear up some of this confusion and make it more understandable. To fully understand couplant usage, one must first have a basic understanding of how ultrasound works.

Ultrasonic waves are characterized by longer wavelengths than any other electromagnetic wave. As such, these waves tend to bend around corners much easier than microwaves or x-rays so they can be used effectively with long cables between the transducers and the back wall of the tank.

The main purpose of using couplant in ultrasonic testing is to provide an acoustic connection between the transducer and the test piece. While it would be possible to use air, this material has very little sound transmission properties, so water or oil-based fluids are normally used. Couplant also acts as a coupling medium to transmit the ultrasonic energy from the transducer to the part under test.

What is Couplant in Ultrasonic Testing? 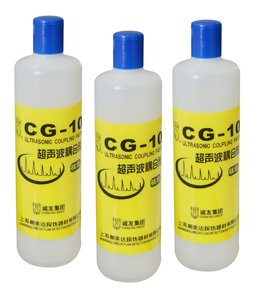 Couplant in ultrasonic testing is the material used to fill in an irregular cavity or surface that needs to be tested.

A couplant must be able to fill in the space where testing will happen without affecting the process. It also must not cause harm to humans if ingested, inhaled, or come into contact with skin.

For there to be ultrasonic testing, there must be some sort of coupling between the transducer and the object. In most cases, this is done with couplant. A couplant must have high acoustic impedance, low density, and high acoustic velocity in water. The actual choice of which type of couplant to use depends on what type of defect you are trying to find through inspection.

Engineers use different types of materials when they need a couplant depending on the equipment used and what kind of tests they need to conduct.

When considering using a certain type of couplant, engineers should check its drying time, viscosity (how thick it is), hardness (how easily it can be scratched off), toxicity (if it is poisonous), and melting point.

Types of Couplant in Ultrasonic Testing

The five most common types of couplants used in ultrasonic inspection are glycerin, water, oil, deionized water and electrolyte solution.

Why we need Couplant in Ultrasonic Testing?

Couplants are used to enhance the imaging capabilities of an ultrasonic inspection system. Ultrasonic testing, or UT, relies on two physical principles: reflection and refraction. Reflection occurs as a result of a sound wave bouncing off of a surface while refraction is the result of a change in direction as a sound wave passes from one medium into another (for example from air into steel).

The depth at which the reflected signal returns to the transducer can be determined by measuring the time between when it was sent and received. However, if there is no return signal during this period, it becomes more difficult to determine what surfaces may have been present between the transducer and the object being inspected.

Couplant fills the gap between transducer and object with a low-loss secondary transmission medium that is less dense than steel or cast iron, but denser than air.

What is the Use of Couplant?

Couplant also called a ‘contact material’, can be used to reduce noise in your experiment. You might think that having conductive contact between the physical object you are experimenting on and your instrument would make for better data.

It’s possible (if not common) for this conductive connection to cause another problem: cross-sensitivity. The term ‘cross-sensitivity’ refers to an unwanted coupling between signals which can result in spurious or undesirable responses.

Cross-sensitivity usually occurs when there is electrical continuity between the objects you’re measuring (or their environment), causing current to flow through multiple parts of the circuit at once.

There are four possible reasons why we need couplant in ultrasonic testing. One reason is that the liquid absorbs ultrasonic energy. The liquid also improves the signal-to-noise ratio (SNR). The liquid allows us to get a speed of sound for our test object.

Finally, the liquid can hold back or dampen an overshoot on an echo pulse so that it doesn’t return out of phase from other echoes and create noise or false readings. We need couplant in ultrasonic testing to help improve the quality and accuracy of our results when we make measurements.